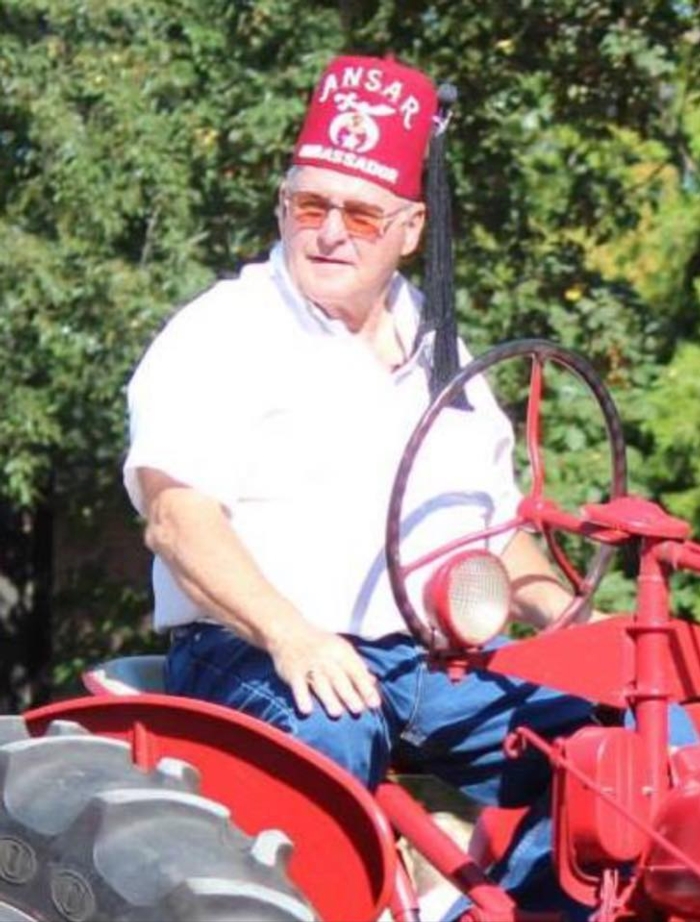 David was born on January 14, 1942 in Bloomington, IL, the son of Warren “Bill” and Dorothy (King) Reynolds. He married Gloria Scott at Grace Methodist Church in Decatur on July 15, 1961.

David worked with heavy machinery for MRS Machinery and West Side Tractor in Naperville. He retired from Roland Machinery in Springfield. He was a member of the Mt. Pulaski First United Methodist Church, Carlock Masonic Lodge #904, Valley of Springfield Scottish Rites, Ansar Shrine, Past Master of Carlock Lodge, New Salem Shrine Club, and current president of Ag Corps.

Services for David will be at 10:00 A.M. Wednesday November 2, 2016 at Fricke-Calvert-Schrader Funeral Home in Mt. Pulaski. Visitation will be from 4:00-7:00 P.M. Tuesday November 1, 2016 at the funeral home, with Masonic Rites at 7:30 P.M. Burial will be at a later date at Mt. Pulaski Cemetery. Memorials may be made to the First United Methodist Church of Mt. Pulaski.