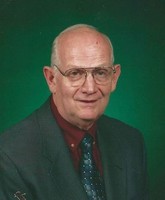 Dan was born on April 2, 1942 in Normal, IL, to D.D. and Lessie Crabill. He married Sally Shobe in Cerro Gordo, IL, on April 4, 1964. Born to this couple were Steve Crabill of Terre Haute, IN and Cindy Crabill Davis (Gary) of Decatur, IL. They also were blessed with two granddaughters, Cortney Crabill of Terre Haute, IN and Brooke Davis of Decatur, IL.

Dan is survived by his wife of 52 years, Sally; son, Steve; daughter, Cindy; granddaughters, Cortney and Brooke. He is also survived by his brother, Jim and his wife Jann of Union, IL; brother-in-law, Richard Shobe (Janet) of Champaign, IL, plus numerous nieces and nephews that all thought the world of their Uncle Danny. He was preceded in death by his parents.

Dan was a graduate of MacArthur High School in Decatur, DeVry Institute of Technology, Chicago and Richland Community College.

He was employed for several years at General Electric, Smith Transfer Company, both in Decatur and retired after many years at Con-Way Freight, Riverton, IL. Dan was a member of Forsyth United Methodist Church. He and Sally enjoyed traveling, especially their many trips to Mexico with good friends, Bruce and Elizabeth Campbell.

A Memorial service will be held at Brintlinger and Earl Funeral Home in Decatur, at 11:00 a.m. Tuesday, May 10, with visitation from 9 a.m. until 11:00 a.m. Burial will be next to his parents in Macon County Memorial Park, Harristown, IL. Memorials may be made to Forsyth United Methodist Church.

Dan was a wonderful son, husband, dad, grandpa, brother and uncle. Anyone who knew him loved him. The world has been a better place with him in it and we will miss him. We love you!

Condolences may be left to the family in care of Brintlinger and Earl Funeral Home at www.brintlingerandearl.com.